iOS 13: How to use a mouse with your iPad or iPhone

Mouse support has finally arrived on the iPad and iPhone with iPadOS 13 and iOS 13! As you might expect, that support comes with a catch or four. 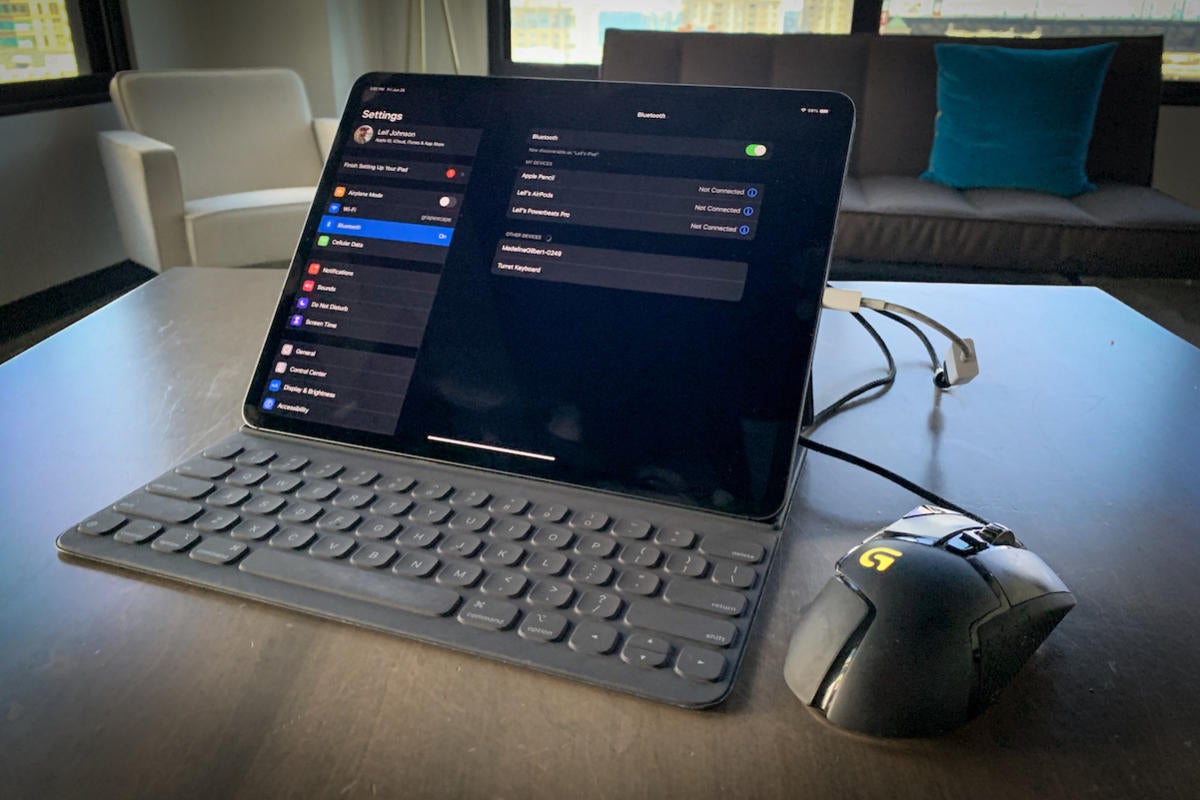 Mouse support has finally arrived on the iPad and iPhone with iPadOS 13 and iOS 13! As you might expect, that support comes with a catch or four. 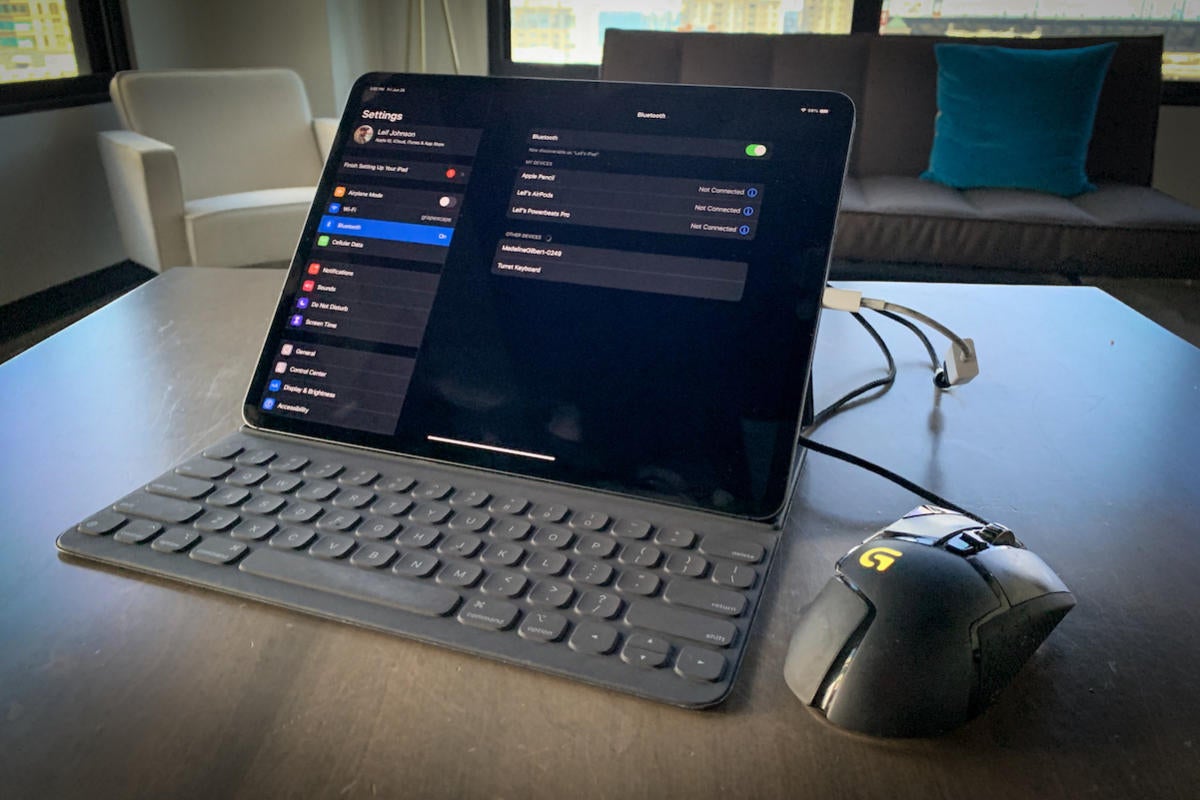 A vocal number of heavy-duty iPad users have begged for mouse support on the iPad for years, and that support is finally coming with iPadOS 13 this fall. A little surprisingly, iOS 13 also brings mouse support to the iPhone.

It’s not so surprising, though, that Apple chose to bury it deep within the iPhone and iPad’s Accessibility settings. And when you do hook up a mouse through a Bluetooth or wired connection, you’ll still have to deal with an ugly circular cursor that’s meant to mimic a human fingerprint and a few interface complications. We’re glad the feature’s here, but it doesn’t quite work the way we’d hoped. (It is, after all, designed as an Accessibility feature.)

But with that out of the way, let’s jump in!

How to set up a Bluetooth mouse on iPhone or iPad

Bluetooth is your best option if you want to set up mouse support on the iPhone or iPad. It’s fast, relatively easy, and it’s also stable. So far it’s worked with every Bluetooth mouse I’ve tried, with the notable exception of Apple’s own Magic Mouse 2. (The Magic Mouse 2 works through a wired connection, but considering the infamously awkward method of charging it—yeah, that’s not going to work.) Fortunately, the first-generation Magic Mouse works fine.

Here’s what you need for that (or any other Bluetooth mouse). Before we begin, though, make sure you have Bluetooth turned on and that you’ve unpaired the mouse you plan to use from any other device.)

You can also use a wired mouse with your iPad, but the setup is considerably more awkward than it is with Bluetooth devices. For one thing, you’re going to have a hard time hooking up anything besides a generic laser mouse to anything below the iPad Pro and you’ll likely get a message like this one.

For another, you’re going to need to buy the $29 USB-A to Lightning dongle before you can hook up most standard wired mice to older and lower-end iPads. If you have a 2018 iPad Pro, you’ll need the $19 USB-A to USB-C dongle. Once you’ve attached the dongle to your mouse, you’ll need to repeat many of the steps above:

And from here, simply plug in your mouse to your device. It should immediately start working.

Tips for calibrating your mouse

Now for the bad news. You shouldn’t expect your mouse to work the way it would when you’re working on a Mac or PC. You can move the cursor around the second you plug it in, but the cursor itself is a big, gray circle that’s meant to mimic a fingerprint. (The only option to change it is to make it bigger and change the color to a variety of equally obnoxious hues.) It’s not impossible to get the same precision that you’ll get with a desktop cursor, but it takes practice.

By default, the circular AssistiveTouch menu stays on the screen while AssistiveTouch is active, although you can move it around the display with your finger. By default, you also activate the menu for AssistiveTouch by right-clicking your mouse. To hide the menu, though, you can go to Settings > Accessibility > Touch > AssistiveTouch and untoggle Always Show Menu. Provided you don’t change the settings, it will always reappear when you right-click.

As you can probably tell, there’s a lot about this setup that takes some getting used to. For one, if you don’t use the right-click menu button mentioned above, you’ll need to use your mouse to mimic the gestures you use with your finger for navigation (such as swiping up from the bottom in order to open Exposé). You can’t just tap down and select text as you would with an ordinary mouse; instead, you need to double-click on a word with the left mouse button and drag the toggle if you want to highlight the rest of the selection.

Fortunately, there are a few ways you can make your mouse experience on the iPhone or iPad more pleasant. Below, you’ll find some of my favorites.

Right out of the gate, I thought the tracking speed for my mouse was way, way too fast for my iPhone. If you have the same problem, you can easily change it by going to Settings > Accessibility > Touch > AssistiveTouch and scrolling down to Tracking Speed. You’ll see a bar there that you can adjust as needed.

Customize the buttons on your mouse

If you want to customize what your buttons do on you mouse, you can do so by going to Settings > Accessibility > Touch > AssistiveTouch > Pointing Devices and then selecting your connected mouse.

In the case of the Logitech G502 gaming mouse that I hooked up to an iPad Pro, these are the default buttons:

Mr. Beltrami lives and works in the Bay Area, with which he has a love-hate relationship. Besides annoyingly winning every single foosball match against his teammates, Adam is covering gadgets, science and future tech.

When you browse on this site, cookies and other technologies collect data to enhance your experience and personalize the content and advertising you see. Visit our Privacy policy and Cookie policy pages to learn more about the data used by us and our partners on the site. By clicking "Accept" or by continuing to use the site, you agree to this use of cookies and data. Find out more.