Announced at the Google IO 2019 keynote back in May, an incognito mode for Google Maps is reportedly now in testing, as discovered by XDA Developers.

Announced at the Google IO 2019 keynote back in May, an incognito mode for Google Maps is reportedly now in testing, as discovered by XDA Developers.

In the test, incognito mode may be switched on via the app’s settings, at which point Google Maps will stop sharing your location, updating your location history, saving your browsing history or using your personal data to personalize your Maps searches.

XDA Developers’ editor in chief obtained a GIF of the new incognito mode for Google Maps in action, which you can check out in his tweet below.

As you can see, switching on incognito mode will apply a black strap across the top of the screen, indicating to the user that “incognito mode is on.” Also present is the classic ‘hat and sunglasses’ incognito icon situated within the Google Maps search bar.

It’s worth noting that the beta feature is also working in the Android Auto version of the Google Maps app – Android Police acquired the image below from a user who chooses to remain anonymous. 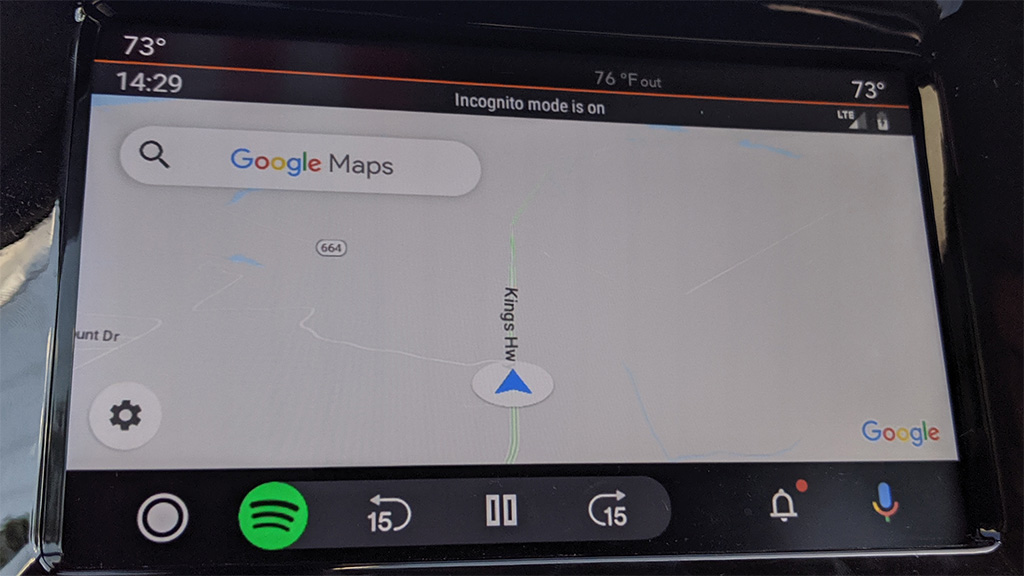 At present, it’s unknown when Google Maps’ incognito mode will be made available to everyone (which will also include iOS users), but since the feature is already in its closed beta, we can probably expect a full rollout in the very near future.

Liz has been working for the top online media outlets since 2011. She covers gaming, gadgets and reviews while also striving to tell individual stories behind the tech scene. Liz holds a B.A. with honors in communication from Stanford University.

When you browse on this site, cookies and other technologies collect data to enhance your experience and personalize the content and advertising you see. Visit our Privacy policy and Cookie policy pages to learn more about the data used by us and our partners on the site. By clicking "Accept" or by continuing to use the site, you agree to this use of cookies and data. Find out more.